Exclusive interview with the CEO of Open Invention Network

Can you give our readers a quick overview of Open Invention Network and what it does?

Open Invention Network is the largest patent non-aggression community in history. It supports freedom of action in Linux and adjacent open source software (OSS), ensuring that patent aggressors do not hinder the continued growth and adoption of open source technologies. Because these companies want to feel safe in their open source investments, they look to join OIN due to its unique position as guardian of freedom of action/freedom to operate in Linux/OSS. Ours is the largest patent non-aggression community in history, because companies large and small see the value provided by shared innovation and they wish to standardize on core open source functionality without fear of patent litigation. OIN’s value is derived from its royalty-free cross license that enables patent peace in core technologies and supports innovation in Linux and other particularly important open source projects. Every community member receives royalty-free access to the Linux System-related patents of the licensees, which in aggregate own more than 2.5 million worldwide patents, via the OIN cross-license.

How big is the OIN Community?

We have seen the OIN community grow from less than 50 community licensees in early-2008, to more than 3,200 today. We have seen the make-up of our community adapt as we have grown – from being mostly technology vendors in North America at the outset – to  a very diverse group of companies, representing a spectrum of industries, from all parts of the world. First and foremost, OIN’s community of licensees mirrors the global reach and industrial scope of Linux and OSS projects.

Why is OIN so important to open source?

The formation and growth of the OIN community has ushered in a complete shift in market dynamics. By increasing the size of the community and making the patents that relate to this core technology free to others via cross licensees, the opportunity for network effects to accrue is enormous. Our whole goal has been to rapidly grow our community of like-minded companies and developers to ensure companies antagonistic to Linux had limited, or no effect, in leveraging their intellectual property to hinder the growth of open source development, distribution and adoption. As more businesses and organizations have seen the value of community inherent in the OIN licensing model, they have sought to join us.

How does joining a patent non-aggression organization like the Open Invention Network promote innovation?

OIN actively promotes the idea of innovation through collaborative d​evelopment at the operating system level – while encouraging product or service differentiation in the middleware and application technology layers. OIN protects the basic infrastructure that we all use, and no serious product company has an interest in disrupting core open source technologies that are critical to all. That would be like sabotaging the roads we all drive on.  Fostering collaboration in this way, ensuring patent peace in Linux and adjacent open source technologies, drives innovation farther and faster. OSS, by its nature, enables diverse sets of technology leaders and developers to share ideas and build on each other’s inventions producing a generative capacity for incremental innovation.

In addition, large companies with market leadership incapable of routinely challenging the conventional wisdom and disrupting the status quo absent the inputs from outsiders or startups are often the most significant beneficiaries of such an outside in approach as it enables the radical redefinition of existing markets and/or the creation of new ones. Taken as a whole, this activity brings new ideas and perspectives and aids in creating the rich stew of ideation that former Harvard Professor and author Clayton Christensen first identified as central to high value ’disruptive innovation’ in his seminal 1997 work on the topic, “The Innovator’s Dilemma.”

What does OIN do to stop patent aggression in open source from organizations and patent assertion entities?

First and foremost, we are looking to change the mindset that technology and products are best made completely in-house, in other words developed in a silo. When we can all agree on sharing core innovations, it enables businesses to invest more of their resources higher in the technology stack, where they can really differentiate from competitors. It also means that there is an increased level of interoperation with the middleware and ultimately the device / software interface layer. This makes a technology more widely available for use across a spectrum of industries and applications. If a business or organization does not see that as enough of an incentive, the OIN cross-license, that gives everyone increased freedom to innovate and operate, can be enticing. In addition to the cross-license between the 3,200+ community members, an OIN licensee gets access to the IP that we own directly, more than 1,200 global patents and applications that address a number of strategic technologies.

If these incentives are not enough to dissuade an aggressive business, then we have a number of programs in place that we can utilize, should they threaten an OIN licensee with a patent infringement suit. These include forward deploying our patents and looking to have the aggressor’s patents invalidated, among others. We partnered with IBM, the Linux Foundation and Microsoft to further protect open source software from Patent Assertion Entities (PAEs) – also known as patent trolls – looking to leverage low-quality patents.  We do this by sponsoring Unified Patents’ Open Source Software Zone. This deters PAEs from targeting Linux and adjacent OSS technologies relied on by developers, distributors and users. Unified’s deterrence strategy for the OSS Zone includes challenging patents through Inter partes reviews (IPR), Unified’s Patroll crowd-sourced prior art, its NPE tracking and data, its online litigation and PTAB databases, and its patent landscaping and market transactional data, among many others.

How can EU companies benefit from joining the Open Invention Network?

Philips and SUSE have been Board Members of OIN since its formation. Our two Associate Members, Canonical and Tom Tom, are European.  We also have more than 1,000 European companies that are OIN community members including Daimler, Groupe Renault, ASSA ABLOY, Pepperl+Fuchs, SAP, Volvo Car Corporation, Heidelberg and CNH Industrial, among many others. Currently, one third of the OIN community is from Europe, so the EU is very well represented in our community. More than 90 percent of the software written and used today comprises in whole, or in part, open source components. Software developers, distributors and users get significant protection when they join OIN, and are publicly demonstrating their support for OSS. It costs nothing to join OIN, with the only stipulation being that they agree not to leverage their patents in the technologies within OIN’s Linux System. Signing up takes only a few minutes.

We see open source becoming much more commonly used in areas like Italy and Spain, are you seeing heavy participation from organizations, from this region, in OIN?

In Spain, we have also had more than 50 organizations join, including leaders such as Amadeus, FON, and eyeOS (acquired by Telefonica).  In addition, we note that Barcelona was the first city to join the Free Software Foundation Europe’s “Public Money, Public Code” campaign, which advocates that software funded publicly should be free.  We note that large open source conferences such as the OpenExpo Europe commonly take place in Spain (this year it is planned for June 4th, 2020 at La Nave Madrid).  Additionally, Free Software Foundation Europe holds a key Legal and Licensing Workshop in Spain, which OIN has sponsored for many years, in Barcelona.  There is broad support for open source in Spain, and we expect to see continued growth in our community from this area. 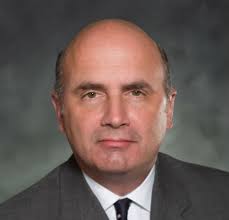 Keith Bergelt is the chief executive officer of Open Invention Network (OIN), the collaborative enterprise that enables innovation in open source and an increasingly vibrant ecosystem around Linux. Previously, Mr. Bergelt served as president and CEO of two Hedge Funds – Paradox Capital and IPI – formed to unlock the considerable asset value of patents, trademarks and copyrights in middle market companies. Prior to his extensive private sector experience, Mr. Bergelt served for twelve years as a diplomat with postings at the United Nations in New York and the American Embassy in Tokyo, Japan, where he was involved in the negotiation of IP rights protection in Asia.

Artificial intelligence that can find the place and the instant when a photo posted on social media is taken. When...

MTE 2022: SDG International Innovation Awards &amp; Expo returns on the 17-21 October virtually. The event is the first in...

The world is currently changing rapidly, and creativity and innovation are the most important key and determining elements in the...

Improving the education quality of STEM-based teaching in the schools

STEM education both means to promote education in the fields of sciences, technology, engineering and mathematics, and demonstrates the method...