“Free Vaccine for all”: the call of 101 leaders and scientists against Coronavirus

Nobel Prize winner Muhammad Yunus has launched an appeal to ensure that the Coronavirus vaccine is patent free and free for all: among the signatories are also political leaders from around the world, scientists, Nobel Prize winners and Hollywood stars. 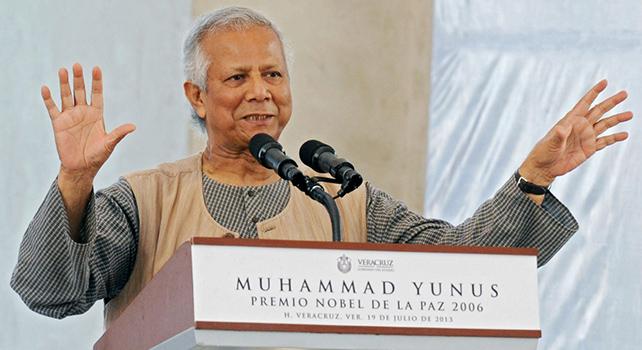 In the race for the Coronavirus vaccine, no one should be left behind. This is what Muhammad Yunus is calling for. The Bengali-born economist – Nobel Peace Prize winner in 2006 – has always been active on the subject of social rights and, in recent months, has promoted a campaign to raise public awareness of the Coronavirus emergency. In particular, he has launched an appeal for the Coronavirus vaccine to be patent free and free for all. The call, extended to everyone, is to “reaffirm our collective responsibility for the protection of all vulnerable people without discrimination. The pandemic clearly exposes the strengths and weaknesses of the health care system in several countries, as well as the obstacles and inequalities in access to health care. The effectiveness of the next vaccination campaign will depend on its universality” reads the text of the appeal signed by 101 political leaders, scientists, Nobel laureates and Hollywood stars.

The call for the free coronavirus vaccine

For Yunus, “the only way to eradicate the pandemic definitively is to have a vaccine that can be administered to all the inhabitants of the planet, urban or rural, men or women, who live in rich or poor countries”. The appeal of the Nobel Peace Prize was signed by 101 influential personalities from all over the world. Among the signatories are eighteen Nobel Prize winners, including Mikhail Gorbachev, Desmond Tutu, Shirin Ebadi, Lech Walesa, Tawakkol Karman and the young Pakistani activist Malala Yousafzai. Political leaders and former heads of government such as Lula and Gordon Brown have also signed the petition to make the coronavirus vaccine “free”. Many artists: Bono Vox, George Clooney, Matt Damon, Sharon Stone and Forest Whitaker have signed the appeal. For Italy, the names of tenor Andrea Bocelli and former head of state Romano Prodi stand out.

NASA needs your help to drive Curiosity on Mars

The rover is preparing for a 1.6 km trip and NASA allows anyone to modify the Artificial Intelligence program that...

Here is the transparent and conductive multilayer plastic

University of Michigan research has produced a plastic that conducts electricity while remaining transparent, great for solar cells, displays and...

Researchers produced a new material based on amorphous boron nitride consisting of a single layer of atoms that can revolutionize...

Nu Grip is the first 4 in 1 floating support

The tripod is compatible with all GoPro, DJI and smartphones and is the first one that floats and allows you...