Microsoft, in collaboration with AMD, Intel and Qualcomm, presented Pluton, a new shared vision of the future of Windows PCs

Microsoft, in collaboration with AMD, Intel and Qualcomm, presented a new shared vision of the future of Windows PCs that will bring security to the heart of devices, protecting users from the most advanced threats, especially at a time like the present when PCs are playing an increasingly crucial role, helping people stay connected and productive both in their private life and at work. The new processor called Microsoft Pluton, which capitalizes on the virtuous experience of the “chip-to-cloud” approach already applied in Xbox and Azure Sphere environments, is in fact designed to offer better integration between hardware and software in Windows PCs, thus removing some attack vectors. 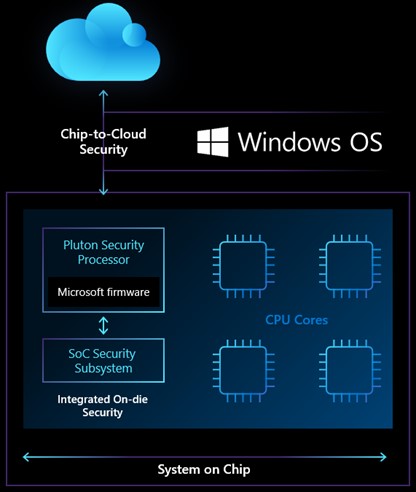 The new Microsoft Pluton will introduce important new features and improvements. Among them, there will be an increased ability to protect against physical and/or hardware attacks that target identities and encryption keys to steal sensitive information. The ability to monitor firmware and verify system integrity will also be implemented. Finally, there will be the optimization of firmware updates through the Cloud (via Windows Update).

IBM has announced the creation of the world's first 2-nanometer chip: it will deliver 45% higher performance than the most...

Computer giant Intel has been found guilty of infringing two patents owned by the company Vlsi Technology and will have...

Link2Kitchen: a direct link between table and kitchen

Link2Kitchen is a system made up of a trolley which, thanks to artificial intelligence, is able to carry dishes from...

Scientists at Radboud University have built an atomic structure that changes the links between atoms just as the brain changes...