From plastic to silk: reducing pollution thanks to a moth

Recycling is a serious game: this could be the motto of “Recicla Game”, a project for the bioconversion of polyethylene presented at Maker Faire Rome 2019 by some students of the Technical Institute “Enrico Fermi” in Mantua. “Plastic pollution – explains the “spokesperson” of the project Gabriele Ravini – has now become a huge problem for the planet, due to the immoderate use that man has made of this material in recent decades. In addition to reducing the daily consumption, front on which we are working hard, we must also find a way to eliminate the existing plastic, and the solution could come from nature itself through bioconversion”. This is a natural process that converts certain pollutants into biodegradable and compostable materials. 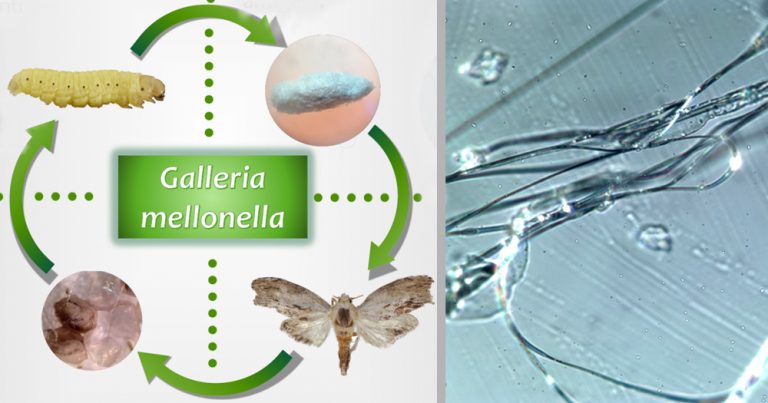 Reduce pollution with a moth

The truly original aspect of Ricicla Game lies in the fact that bioconversion takes place by means of an insect – the Galleria Mellonella – capable of “digesting” polyethylene. “Our project has as its undisputed protagonist the larva of the Galleria Mellonella moth, also known as the greater wax moth or honey moth, a lepidopteran insect belonging to the Pyralidae family and widespread in many countries around the world. This insect is capable of digesting polyethylene, transforming it into silk”. Taking advantage of the camel’s powerful digestive abilities, the students have developed an innovative and at the same time environmentally sustainable process. The polyethylene is shredded, mixed with natural substances and fed to the larvae of Gallerie Mellonella. The larvae feed on the special food created by the students and, thanks to some enzymes present in their digestive system, they degrade the polyethylene. The plastic material is thus bioconverted into organic material. 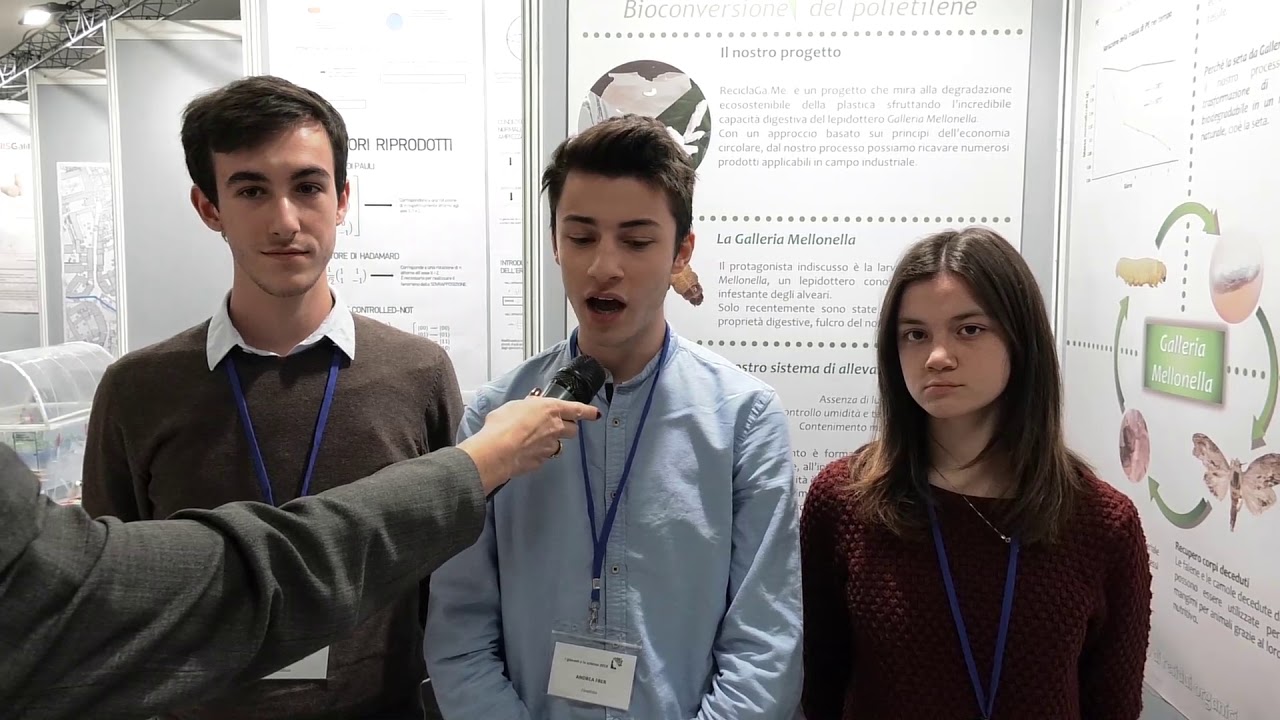 The process is 100% natural and has a very low environmental impact. The Fermi students were inspired by the principles of Circular Economy and studied numerous solutions to maximize the efficiency of the project and use all the waste produced. “During the transformation of Galleria Mellonella from larva to pupa, a large amount of silk is produced: a material consisting of fibrous proteins – fibroin and sericin – and characterized by excellent mechanical properties. Both proteins can be extracted from the body of the single filament and used as raw materials for other purposes. Our team has focused on the possible use of silk not only in the textile industry, but also in food and biotechnology. Bacillus subtilis, a bacterium known for its antimicrobial properties, can be extracted from the bacterial flora of Galleria Mellonella. In our study, we tested the antimicrobial properties of Bacillus subtilis against a common bacterium, Escherichia coli, and obtained good results. Finally, Galleria mellonella life cycle wastes, including deceased specimens, may find use as feed and/or material for biogas. Any undegraded polyethylene present in the fecal matter can be recovered through separation by density difference and disposed of normally in recycling plants”. A virtuous process, circular and capable of generating value. “Starting from a compound containing a percentage of plastic, we can give life to something useful and biodegradable: this means innovating the concept of recycling and disposal of plastic waste through landfills or waste-to-energy plants.”

The t-shirt that produces energy: ‘can power a smartwatch’

U.S. researchers have developed a "microgrid" that is inserted inside a t-shirt and uses body energy to produce enough electricity...

Ti-energy, the technological mesh that fights the coronavirus

Erreà presented the new jersey of Parma Calcio, made with a hi-tech fabric that breaks down the viral load with...

The innovative protective nonwovens with addition of feathers

The new woven uses biocompatible materials and combines the characteristic of biodegradability with the ability to fertilize the soil after...