Open Invention Network is the largest patent non-aggression community in history. In November of 2020, “OIN” celebrated its 15th birthday

Since its formation, the OIN community has grown in size to include more than 3,300 businesses and organizations. The community is a veritable “who’s who” in the information technology, automotive, communications and industrial business segments, among others. Open Invention Network’s mission is to protect the development, distribution and use of Linux and other key open source projects. It’s done so by creating a “patent no-fly zone” to hamper the activities of “aggressive corporations” and non-practicing entities that would stifle open source innovation and adoption. This has allowed open source projects to compete on a more even playing field. Open source success has been achieved based on the merits of the technology and the powerful community that has fueled its rise. OIN continues to protect the open source community from bad actors.

A key pillar of OIN’s success in building its patent non-aggression community is the royalty-free cross license that all community members must sign, even the founding companies. The only stipulation for signing the license is that all community members agree not to exert their patent rights based on a list of core technology software packages that are addressed in what OIN calls its Linux System Definition.

Updated about every two years, the Linux System Definition is a list of software components from a broad variety of organizations and groups representing a large share of the body of existing, de-facto standard open source projects. Over the past 15 years, OIN has updated the “LSD” eight times, with the most recent update taking place this past October. As the universe of Linux and open source code and platforms has grown and become increasingly interconnected, the LSD has had to grow dynamically to ensure that key software components have been addressed in the OIN cross license. The latest update added 520 new software components, bringing the total to just shy of 4,000. 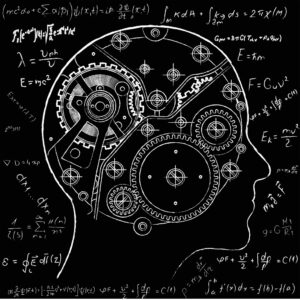 A Closer Glimpse at the LSD

Taking a closer look, the majority of Open Invention Network’s LSD is comprised of basic, platform-independent software components found across a spectrum of modern computer systems, and a wide variety of devices. This should not be surprising given the fact that Linux and other OSS components can be found in more than 90% of the software being developed and in use today. Taken another way, these are the essential building blocks of today’s Linux systems that power embedded computers and cloud-system platforms to mobile phones and cars, and practically everything in-between.

The “core” software packages include the Linux kernel, system and command line programs, common libraries and setup tools. Some specifics that should be highlighted include exFAT, Hyperledger, many Robot Operating System (ROS) components as well as a number of Eclipse paho/Mosquito components.

Linux and open source make up the majority of the foundations of enterprise and cloud computing environments. In order to ensure that critical IP is in place to protect these environments the LSD lists key components for Hadoop, Spark, Avro, JBOSS and OpenShift.

Key building blocks within software development and engineering tools are also addressed within the LSD. These are included to ensure developers have the freedom to innovate within their development environments when creating and integrating open source software. The list includes code components for programming languages like Python, Ruby, Go, Perl, PHP and Lua as well as their runtime environments. It also includes Scala, Vcpkg and typescript.

According to analyst research firm IDC, Google’s Android operating system is used in 85% of smartphones worldwide. It is based on Linux. In order to reduce risk, from an intellectual property standpoint, key software components of Android Open Source Project (AOSP) and Chrome OS-related functionality are part of the Linux System Definition.

The open source community is a key user and contributor to networking and security software innovations. In order to ensure their continued availability, the Linux System Definition contains key software components for the core infrastructure packages OpenSSH, OpenSSL and OpenVPN.

The industrial, transportation and manufacturing industries are reaping the benefits of the growth in Industrial Internet-of-Things (IIoT) platform development and adoption. At the heart of these systems are distributed networks of computers and intelligent sensors powered by embedded Linux. The Linux Foundation estimates that Linux has more than a 50% market share of the operating systems powering embedded devices. In order to ensure a level playing field and the continued growth of embedded Linux, OIN’s LSD includes Yocto and related projects such as opkg and bitbake. Open source is at the forefront of the digitalization of business. Key software componentry from Apache web server and NGINX are included in the Linux System Definition.

The Open Invention Network Linux System definition can be found on its website for anyone to examine. While the majority of businesses and organizations may join OIN to protect some aspect of their development or computing investments, it is interesting to see the scope of different industries and projects that receive the OIN community’s protection. While the list is most assuredly Linux-focused, it is interesting to see that the OIN community is committed to protecting the greater open source ecosystem.

The Patent Magazine is media partner of IIDC Hong Kong

The Patent Magazine has signed a Memorandum of Understanding with IIDC, the Hong Kong International Invention and Design Competition Supporting...

Barclays is the first major European bank to join LOT Network and Open Invention Network Community to oppose the abuse...

NASR and The Patent: the partnership gets underway

The Patent Magazine is official media partner of Nasr, the Lebanon National Association for science and research founded in 2004

International Invention Innovation Competition in Canada, iCAN is the premier event of Canada for worldwide inventors: the 2021 edition will...