The Patent Magazine is official media partner of WIIPA

The Patent Magazine has signed a Memorandum of Understanding with WIIPA, the World Invention Intellectual Property Associations

Supporting young inventors, encouraging matching between stakeholders and presenting the most innovative prototypes: these are the objectives of the partnership signed between “The Patent” and WIIPA. Thanks to this agreement, the magazine will become the privileged channel for the dissemination and promotion of the activities and the services promoted by the World Invention Intellectual Property Associations. 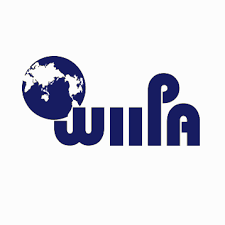 Founded in 2010 by Mr. Hsieh Hsin-Ming, WIIPA is a no-profit global organization that promotes invention, innovation and intellectual property rights around the globe. At the moment, 50 member countries and partners have joined the “WIIPA Family” promoting cooperation between associations, inventors and enterprises of various countries. Inspiring creativity and innovation of potential inventors both local and international. Meanwhile, strengthening the global application development in the field of intellectual property rights.

WIIPA upholds the spirit of globalization and extends its vision across the globe. With technology, using network interface allows a fluid communication pattern for a more innovative exchange of ideas and information among stakeholders. In addition to periodically holding activities, such as international exhibitions and conferences, WIIPA will develop an invention seed teacher training programs. In all these activities, WIIPA’s main objectives are:

WIIPA puts great emphasis on “common concept” and “substantial participation”. Application for membership should go through a recommendation process by eligible members of WIIPA. Furthermore, aspiring members should participate in any of WIIPA’s member Expo or Conference for a period of not less than two (2) years. Finally, membership will be decided through an election process by all members present during WIIPA annual meeting. The membership process is quite rigorous. Nevertheless, WIIPA members have certain privileges other associations aspire for. One of them is taking part in WIIPA meetings, conferences as well as exchange activities from time to time to have a full understanding and mastery of the development and complexity of international inventions.

Preview on the pages of “The Patent” and on the website www.thepatent.news the inventions, patents and activities promoted by WIIPA will. Their projects are strongly in tune with the spirit of the magazine and it has been decided to stipulate a Memorandum of Understanding for the promotion of activities of common interest.

WIIPA and “The Patent” are confident that this partnership will help advance the inventor community and the world of innovation.

MTE 2022: SDG International Innovation Awards &amp; Expo returns on the 17-21 October virtually. The event is the first in...

The world is currently changing rapidly, and creativity and innovation are the most important key and determining elements in the...

Improving the education quality of STEM-based teaching in the schools

STEM education both means to promote education in the fields of sciences, technology, engineering and mathematics, and demonstrates the method...

The Macao International Innovation & Invention Exposition (MiiEX) is dedicated to the development of MiiA and constantly contribute their spare...