Most read news of the week: 24 April

Our editorial staff’s pick of the most-read news of the last week: Apple Car, QR Code in the sky of Shanghai and the Domino’s pizza delivered by robot

What are the most read news stories of the last week? What were the trending topics in the world of innovation? What was talked about on social networks around the world? In order to answer these questions, we have selected the news items which, over the past week, have had the most visibility on our portal and have ignited the curiosity of our readers.

Most read news of the week 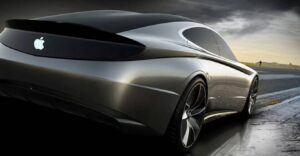 Apple wants to enter the automotive market. And it wants to do so, of course, in grand style. According to rumours leaked from South Korea, Cupertino CEO Tim Cook is about to sign a Memorandum of Understanding to start production of the Apple Car. It would be the first vehicle produced by the company founded by Steve Jobs: a 100% electric car with performances and design accessories in pure Apple style. To produce his first Apple Car, Cook has turned to electronics and battery specialist LG Electronics and car manufacturer Magna Steyr. READ MORE 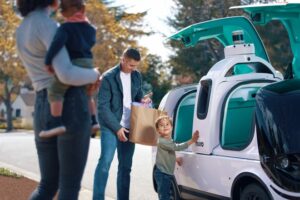 You’re hungry, you order a pizza at home, you wait for the delivery time, you open the door and… you find yourself in front of a robot! This is what will happen to millions of pizza lovers very soon. Domino’s Pizza – a fast food chain with thousands of outlets in the USA and around the world – has launched a delivery service using driverless, self-driving robots. For the moment, this is only an experiment limited to the city of Houston, Texas. Here, hungry citizens will be able to order their favourite pizza from the Domino’s website and select NURO R2 as the delivery method. It is an intelligent, self-driving, driverless robot that will ‘take charge’ of the pizza and deliver it directly to the doorstep. READ MORE 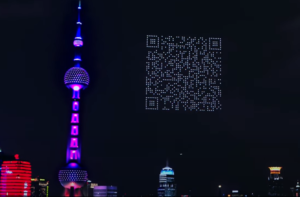 There is one place where we are not used to seeing QR Code: the sky. A few days ago, a giant QR code appeared in the sky, complete with a link to a website. The extraordinary event took place in Shanghai, China. The video game company Cygames celebrated the anniversary of one of its titles that is very popular in the East (the game ‘Princess Connect! Re: Dive’) with a spectacular flight of 1500 drones. The remotely controlled drones entertained the audience with spectacular aerobatics over the rooftops of Shanghai. At the end of the performance, the drones lined up to the millimetre to form a giant QR code in the sky over the Asian metropolis. READ MORE

You may also like -> The ‘robotic’ pool cue is foolproof: video

Most read news of the week: 1 May

Last week's most read news selected by our editorial staff: super pink moon, ambulance drones in the Netherlands and the...

Most read news of the week: 17 April

Most read news of the week: 10 April

Most read news of the week: 3 April

Our editorial staff's pick of the most-read news stories of the last week: strange lights in the US, Facebook's teleportation...