Most read news of the week: 1 May

Most read news of the week 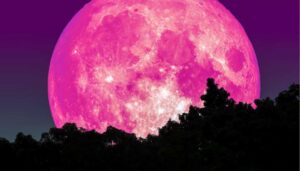 On the night between Tuesday 27 and Wednesday 28 April 2021, we saw a truly unique astronomical phenomenon in the northern hemisphere. This is what fans have affectionately dubbed the “super pink moon”. In practice, our satellite will appear much larger and much closer than it normally does. Experts from the Unione Astrofili Italiani have estimated a difference in size of 15%. This optical effect is due to the fact that tonight the Moon will be in the full moon phase and at the same time in perigee (the closest point to the Earth, i.e. “only” 357,378 km away). This coincidence is repeated every spring. It is no coincidence that the supermoon is called a “rose”: it appears every year at the end of winter, just when the wild rose blossoms. READ THE ARTICLE

Rescue arrives by ambulance drone: test in the Netherlands 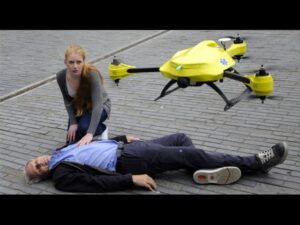 Delft University has designed and built a real ‘ambulance drone’. It is a vehicle capable of transporting and delivering an automatic external defibrillator (AED) in a matter of seconds. The drone weighs 4 kg and can reach an astonishing speed of 100 km/h. The main advantage of this device is its speed: in an area of 12 square kilometres, the ambulance drone can take off and deliver the defibrillator to the patient in need in less than one minute. Many studies have shown that, in the event of cardiac arrest, the speed of rescue is crucial to the victim’s survival. Sadly, it is often the case that people who suffer a heart attack lose their lives because help is delayed and obstacles are placed in their path. READ MORE

“‘Alexa, make me an espresso’: the first voice-controlled coffee machine 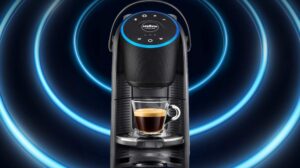 Alexa – Amazon’s voice assistant has just learned how to make a great espresso. How? Thanks to a partnership with Lavazza. The new Voicy coffee machine from the ‘A Modo Mio’ system is equipped with a Wi-Fi-connected chip that integrates the Alexa voice assistant. Thanks to this technology, a voice command is all it takes to ‘order’ your favourite coffee. Users can set their preferences – length of coffee, type of pod, serving temperature – and simply say: “Alexa, make me an espresso”. READ THE ARTICLE