This week’s top stories: Zip-Fastener Ship, underwater drone and the correlation between homophobia and IQ discovered by Queensland University

What are the most read news items of the last week? What were the trending topics in the world of innovation? What was talked about on social networks around the world? In order to answer these questions, we have selected the news items which, over the past week, have had the most visibility on our portal and have aroused the curiosity of our readers. 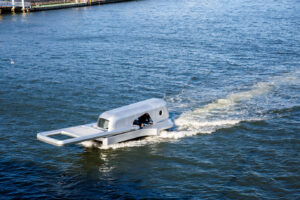 There are pleasure boats of all possible and imaginable sizes. From pharaonic yachts that are longer than a football pitch to small boats that are just a few square metres and fit two people together. But the shape of the boats is almost always the same. Unless we’re talking about the “Zip-Fastener Ship”, the special boat designed by Japanese designer Yasuhiro Suzuki. The Japanese designer has designed and built a boat that (as you can guess from its name) is shaped like a zip. That’s right: the boat has the same shape as the “zip” on our trousers. The idea came about during an aeroplane trip. READ THE ARTICLE 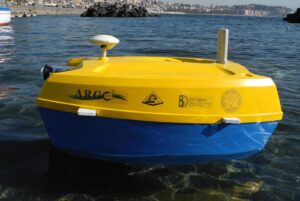 Drones are remotely controlled vehicles that zoom over our heads, swim along our coasts and run along the pavements of cities all over the world. Created in the first half of the last century for purely military purposes, drones are now used for a wide variety of purposes. Amazon is experimenting with them for home delivery in the USA, while in Holland they have even designed an ‘ambulance drone’ capable of reaching heart attack victims in less than two minutes. In Italy, in Naples to be precise, an equally interesting use of drones has been imagined. A team from Parthenope University in collaboration with PAUN – the Naples Urban Archaeological Park – has designed and built a special underwater drone to explore the Bay of Naples. The drone was presented by Gerardo Pappone, Professor of Stratigraphic Geology and Sedimentology at the University of Naples Parthenope. READ THE ARTICLE

Queensland University: “There is a correlation between homophobia and low IQ” 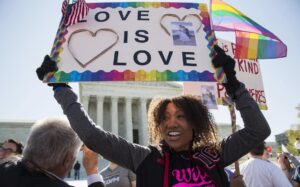 Those who are homophobic have a low average IQ: it didn’t take a psychologist to say it, but now there is also a scientific demonstration. A team of psychologists from Queensland University in Australia conducted research into public opinion on issues such as homosexuality and gender identity. The aim was to find out whether there is a correlation between IQ and homophobia. Homophobia is the irrational fear of and aversion to homosexuality, bisexuality, transsexuality and therefore to homosexual, bisexual and transgender people. The European Union considers it similar to racism, xenophobia, anti-Semitism and sexism. READ THE ARTICLE