What are the most read news stories of the last week? What were the trending topics in the world of innovation? What was talked about on social networks around the world? In order to answer these questions, we have selected the news items that have had the most visibility on our portal over the past week and have aroused the curiosity of our readers. 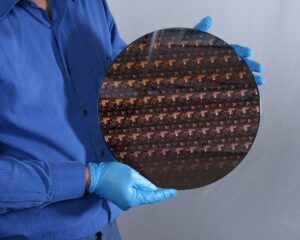 Just 2 nanometres (one billionth of a metre, or one millionth of a millimetre) are enough to bring about a technological revolution. The engineers at IBM are certain of this. The American tech company has announced the creation of the first 2 nanometre chip. To be clear, 2 nanometres is roughly the diameter of the DNA double helix. Thanks to this extremely small size, IBM’s new product will guarantee 45% higher performance than the most advanced chips (5 or 7 nanometres) used in CPU architectures today. According to the US company’s calculations, a laptop with a 2 nanometer chip could have up to four times longer battery life. This would significantly reduce energy consumption (a full charge every four days would be sufficient) and allow users to use their PCs with great freedom. READ THE ARTICLE 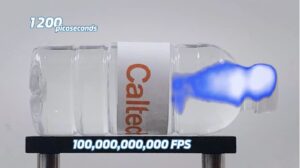 Is it possible to film the speed of light? Capturing what is by definition fast and ineffable seems like a mission impossible. In fact, it can be done: all you need is the equipment at the California Institute of Technology! The demonstration was recently provided by two British youtubers who are very popular for their slow-motion videos. The duo – who not surprisingly call themselves ‘Slow Mo Guys’ – visited the laboratories of the Californian University and ‘borrowed’ a set of sophisticated ultra-high resolution cameras. To get an idea of the power of these devices, the slow motion cameras normally used by youtubers are 20 million times ‘slower’ than those provided by CALTECH. READ THE ARTICLE 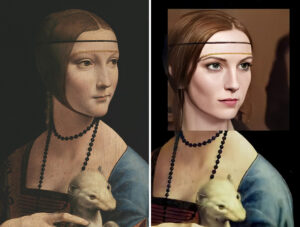 Technology and art are now two interconnected worlds. More and more artists are exploiting the potential of new technologies – from artificial intelligence to image processing systems – to create truly unique works of art. A few weeks ago, for example, a 10-second video sold at Christie’s auction for a staggering $6.6 billion. The short film is the work of Beeple, a famous Californian digital artist who has put together and animated more than 5000 PC images over the last 13 years. Another amazing application of new technology to the art world comes from Denis Shirayev, a digital artist who uses Artificial Intelligence to bring his artwork to life. In particular, Denis has developed a machine learning algorithm that has allowed him to “create” a realistic version of the faces of the protagonists of seven internationally famous works of art, such as Botticelli’s Venus. READ THE ARTICLE

You may also like -> Camello: the robot that delivers groceries to your doorstep