3D Printers: the ice cream that you can “print” from the PC

A team of researchers has patented a special 3D printer that allows to print ice cream: it can produce one flavor at a time starting from 100% natural ingredients.

Technology enters the kitchen. For years now, engineers have worked alongside chefs to offer the general public tasty and technologically innovative dishes. A team of researchers from Harvard’s School of Engineering and Applied Sciences (SEAS), for example, has developed an artificial steak with the same consistency as natural meat in the laboratory. The researchers recreated the muscle cell properties of beef and rabbit using an edible gelatine shelf. In Denmark, on the other hand, the founders of the start-up Legendary Vish thought of creating a vegan alternative to salmon using mushroom and pea proteins, starch and seaweed agar. The special feature of the project is that these “ingredients” are assembled using 3D Felix Printers and bioinks of vegetable origin. A similar project has been developed also in Italy. Selene Biffi, Paolo Aliverti and their research team have created a 3D printer able to “print” the ice cream. That’s right: 3D printed ice cream is a delicious Made in Italy reality. 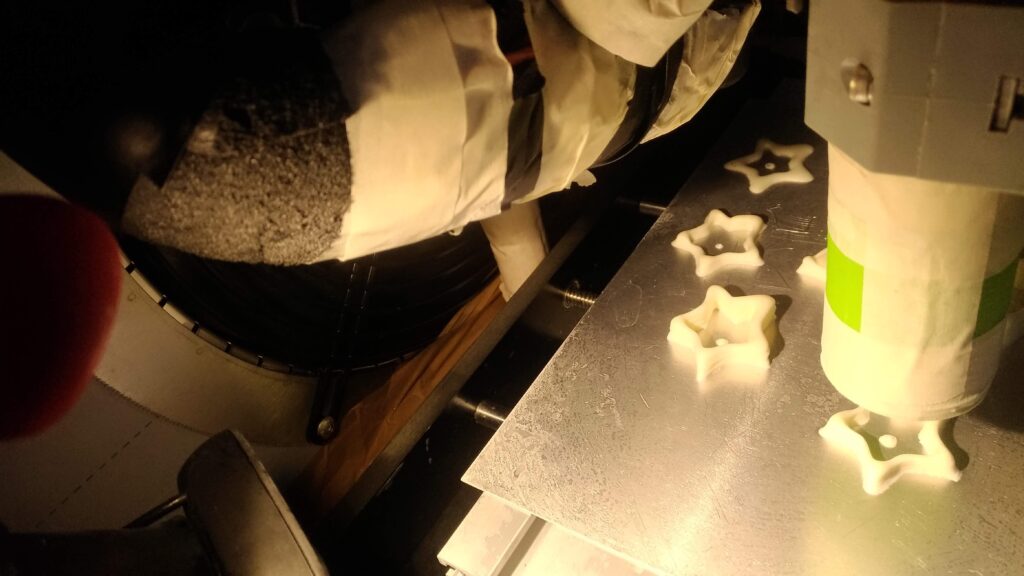 3D printers: the ice cream arrives and you “print” it

“I saw on the Net a video of MIT students – says Selene Biffi – who were working on one of the many solid food printers. My light bulb came on: will it be possible to think of one for liquid food?”.

The answer is yes. Thanks to months and months of research and tests conducted in a laboratory in Lodi, Biffi and Aliverti were able to build the first 3D printer for ice cream. The operation (on paper) is very simple. The ice cream is obtained by inserting in the printer natural products such as milk and cream. The mixture is processed at different temperatures thanks to an extruder (also printed in 3D) and then deposited in a refrigerated container. This is where the real ice cream is made. The printer models three-dimensional objects that can be drawn with the most common CAD programs. Any shape can be created: from the classic ball to real sculptures. For the moment, the printer is only a prototype the size of a washing machine and capable of producing only one flavor at a time. However, its creators are very ambitious. “In my head – continues Biffi – I have the dream of creating a start-up that can provide for the B2B market such as ice cream parlours, pastry shops, catering and amusement parks. We really hope to find someone who understands the scope of the project and move on to the next step. We want to market it soon, improving the size of the printer and increasing the number of flavors”.

Could you also be interested → Too much time in the bathroom? From the UK comes the “uncomfortable” toilet!

“Be ready to slow a drinker’s buzz.”

Do you know? SOBAR is a first of its kind snack designed and clinically validated to reduce alcohol absorption. Quitting...

Innovative research is now leading to the further testing of faster, high-speed trains, the implementation of automated safety features, and the...

ZEBRA tries to revolutionize the world of energy by creating the first recyclable wind turbine blade.

4 Trending Innovations In Dental Tech You Should Know About

As the relationship between technology and healthcare blossoms, it is not just our physical health that is benefiting from technological changes...