Most read news of the week: Maserati, 5G, teleportation and Rome in VR

The most read news of the last week selected by the editorial staff of “The Patent Magazine”: Maserati, 5G, teleportation and Rome in VR

What are the most read news stories of the last week? What were the trending topics in the world of innovation? What was talked about on social networks around the world? To answer these questions, we have selected the news that, in the last week, has had more visibility on our portal and have ignited the curiosity of our readers. The most read news concerns the hypothesis on teleportation of Professor Brian Greene but there are also interesting articles for Virtual Reality and Transport fans.

The most read news of the week

Will we ever use teleportation? 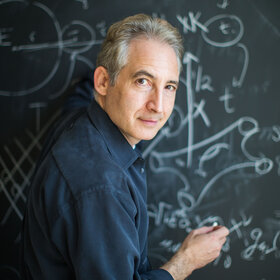 Teleportation has been one of the biggest dreams (nightmares?) of scientists, writers and travel enthusiasts for centuries. Moving from one place to another in a few seconds, as if by magic, seems impossible. In fact, there are many studies and academic research that support the opposite. What, then, is the truth? For clarity, we heard from Brian Greene, professor of physics and mathematics at Columbia University and co-founder of the World Science Festival.  “Teleportation is one of the strangest ideas that humans have ever conceived. Yet, there is a version of it that physicists routinely use.” CONTINUE READING

5G: the revolution of the third millennium is here (and it’s not bad for your health) The history of mobile browsing is punctuated by Gs, the connection quality standards that have come and gone on our mobile devices over the past two decades.  In the transition from one generation to another, there has always been a linear development: 3G has been the evolution of 2G in terms of stability and connection speed as well as 4G has surpassed its “predecessor” for download, upload and data transmission capacity.  Today, however, history is about to change. Starting in the coming months, the world of the web will be “overwhelmed” by 5G, the next-generation network that will supplant the current 4G. READ MORE

Virtual Reality: you can visit the Trajan’s Market in Rome from the couch at home The municipality of Rome has completed an important program of digitization of the artistic and cultural heritage of the capital. Using your mouse and keyboard, you can experience a virtual tour in augmented reality that winds through 14 points of interest in the archaeological area of Trajan’s Market. Each user can freely choose his route and, by clicking on the hotspots on the interactive map, discover photos, videos and testimonies on the history of Ancient Rome. READ MORE

The innovation of Maserati in a storytelling between history, present and future Over the last few years the Maserati brand, the Trident brand born in Bologna, whose logo was inspired by the city itself, has demonstrated great adaptability and continuity of innovation, while nostalgically and powerfully celebrating its past, made up of important achievements in motorsports and futuristic models, which have further motivated the brand’s current initiative and elegance. READ MORE

Most read news of the week: Dullo, high-tech hockey, mushrooms and painkiller patches

The most-read news items of the last week selected by the editors of "Il Brevetto Magazine": : Dullo, high-tech hockey,...

For the first time, the annual Malaysia Technology Expo (MTE) will be held virtually on the 22 - 26 March...

Sleep well thanks to Dullo

A special pillow to sleep well and everywhere