With Volvo, cars communicate with each other about the dangers on the road in real time

It is a car increasingly connected to the world around it that Volvo is introducing in small steps into the European market. A promise, to be fulfilled within the next year thanks to the new Volvo Model Year 2020 and soon to the other cars of the series 90 of the Swedish company. 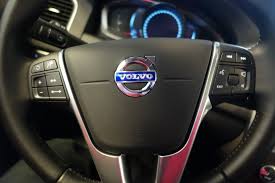 To date, the latest generation of cars with artificial intelligence systems can perform actions unthinkable only ten or fifteen years ago. This includes assisted braking, perfect parking sensors or lane control systems to prevent skidding and sleeping. Fine After the partnerships with. Google to connect their cars directly with Android systems, Volvo does not stop here and for next year will lead to maximum regime The V2V system, Vehicle to vehicleA cutting-edge technology that will allow the connection of the car with other cars of the same series through the sharing of a common cloud where they will be stored in all the information collected.

What good would that do? The aim of the Scandinavian company is to significantly increase road safety by exchanging information provided in real time, for example, on a particular slippery surface, an oil spill or an accident a few kilometres ahead that has meanwhile created a bottleneck.

“Real-time sharing of safety data between cars can help prevent accidents– he has declared Malin Ekholm, responsible for Volvo Cars Security Center – Volvo owners directly contribute to making roads safer for other drivers who activate this function, while benefiting from warnings of potentially dangerous situations in subsequent sections of the route.”.

Since 2016, two devices, and only on the 90 series models in Sweden and Norway, have been taking advantage of this innovative service, perfect especially for the harsh climates of Northern Europe. They are called the Hazard Light Alert and Slippery Road Alert and now they will also benefit cars in the rest of Europe, always belonging to the 90 series of Volvo but is expected to be more extensive equipment to other and new series to come. In addition, waiting to see a system of data sharing without limits of brand or region, from 2020 it will be possible to install V2V systems on previous models taking your car to a next level of technology.